In 2012, over seven million foreign visitors drifted through Myeong-dong’s streets and alleys, making it Seoul’s most popular fashion center amongst foreigners. [1] By comparison, Seoul’s other famous shopping districts, Dongdaemun and Gangnam, received around 2.5 million and 2 million foreign visitors that same year, respectively. [2] [3] Myeong-dong’s popularity is rooted in more than just having a prime location and a great selection of stores and restaurants. What Myeong-dong has that the other Korean shopping centers don’t is a name-brand reputation that’s hard to imitate: it’s the fashion Mecca for Hallyu fans around the world.

Hallyu, or Korean Wave, refers to the international success of Korean cultural exports, such as K-Pop, K-Dramas, and South Korean films. The first Hallyu wave took Asia by surprise in the late 1990s when South Korean movies and dramas started appearing on computer and TV screens in every country across the region, even North Korea. Hallyu swept across the rest of the world in the late 2000s, pushed onward by the rising international popularity of KPop. Hallyu doesn’t look like it will crash anytime soon, which became evident when Psy’s “Gangnam Style” surfed to the top of global music charts and received the most views of all-time on Youtube.

The appeal of Hallyu is deeper than its entertainment value, however. Besides their obvious talents, Korean celebrities are admired for their trend-setting fashion sense and perfect skin. Images of these celebrities have undoubtedly shaped people’s perceptions of beauty and perfection, creating a demand amongst fans for the same clothes and cosmetics that will help them emulate their favorite celebrities.

Myeong-dong responded by fashioning itself into a one-stop destination where fans could satisfy this demand. Myeong-dong teems with Korean and foreign name-brand clothes as well as hundreds, maybe even a thousand, cosmetic shops where employees know a little Thai, Japanese, and Chinese. The latest KPop songs cascade out of every storefront like siren calls, hoping to lure customers in with their repetitive yet irresistible choruses. And larger-than-life pictures and cardboard cutouts of Hallyu celebrities appear everywhere, reminding fans that they have indeed reached the Holy Land.

Hallyu’s popularity has made Myeong-dong a popular destination for retailers as well. Demand amongst retailers for commercial space in Myeong-dong has resulted in rising commercial property prices. In 2012, one survey of global commercial real estate prices ranked Myeong-dong the ninth most expensive in the world, putting it behind the likes of New York’s Fifth Avenue, Hong Kong’s Causeway Bay, Paris’ Champs-Élysées, and Tokyo’s Ginza. [4] Whether Myeong-dong ever earns the same global reputation as those iconic fashion centers remains to be seen. Yet there is little doubt that it eventually can. As long as it continues to surf the waves of Hallyu’s popularity, Myeong-dong may very well reach the top one day. 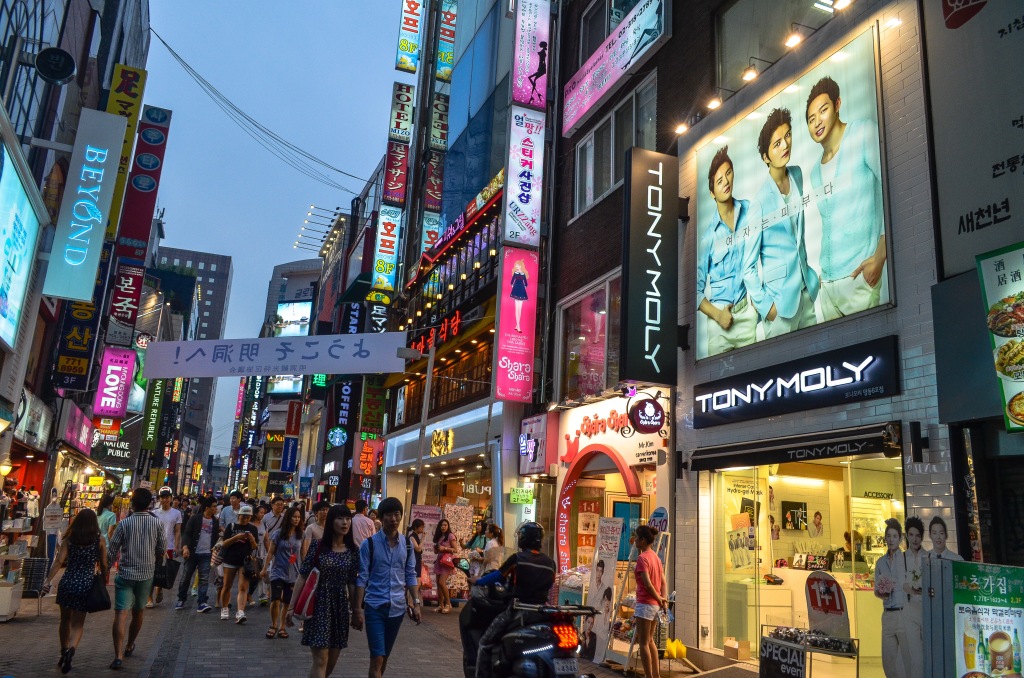 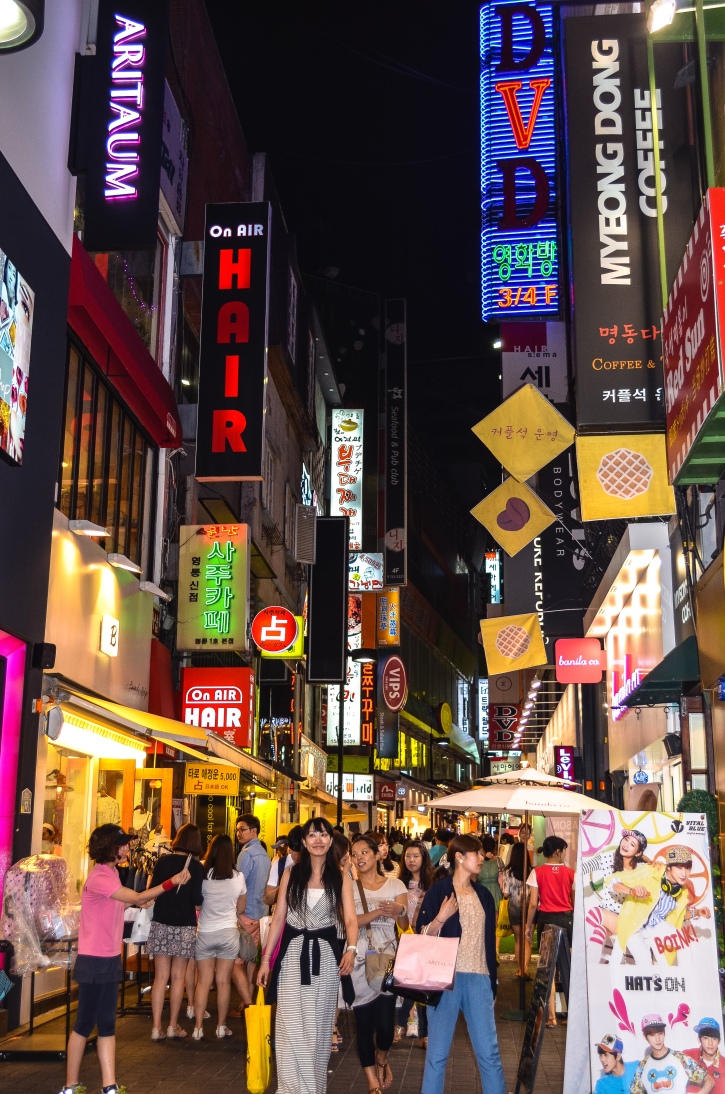 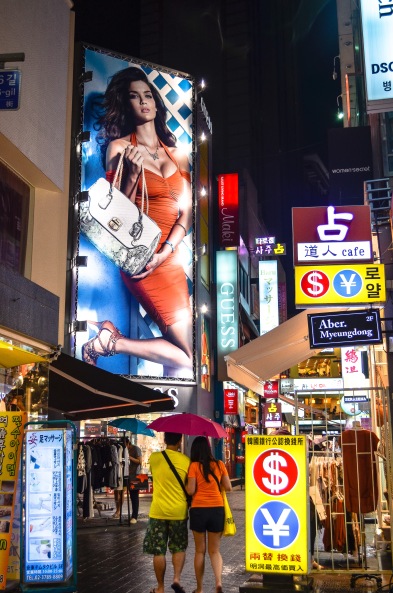 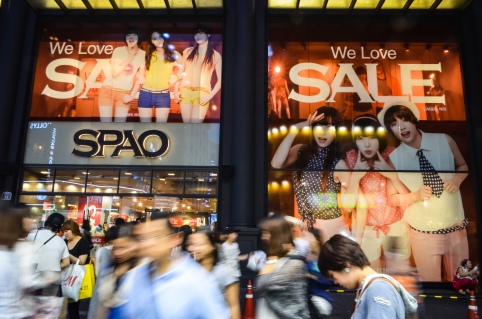 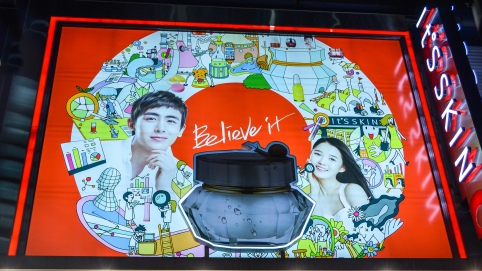 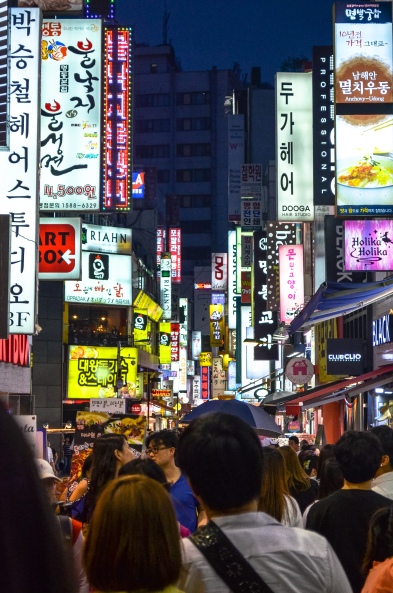 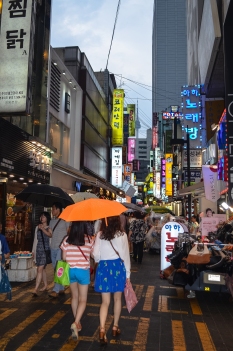 Visit Korea’s Tourism site for more shopping information and a list of other shopping destinations in Korea.