Itsukushima Shrine is located on the island of Miyajima, an island southwest of Hiroshima. Its most famous feature is the orange torri gate that serves as the entrance to the shrine. It was built in the 6th century AD to honor the Shinto gods of the seas, storms, and the sun.   In the 1600s, a scholar named Hayashi Gahō included the torri gate in his list “The Three Views of Japan”, sites that he thought best represented the beauty of Japan. Ever since then it has been considered by many Japanese people, as well as travelers, to be one of the most scenic and beautiful places in all of Japan.

The enduring appeal of the site is partly due to the fluidity of its scenery. If you arrive at the right time of day you can spend time watching the water recede or ride a canoe through the gate. After you can then walk out to touch it and get a closer look. The scenery is at its most beautiful around late noon in the summer. The tides roll back, leaving the wet beach shining like silvery glass, reflecting the sunlight and displaying a mirror image of the gate across its surface. 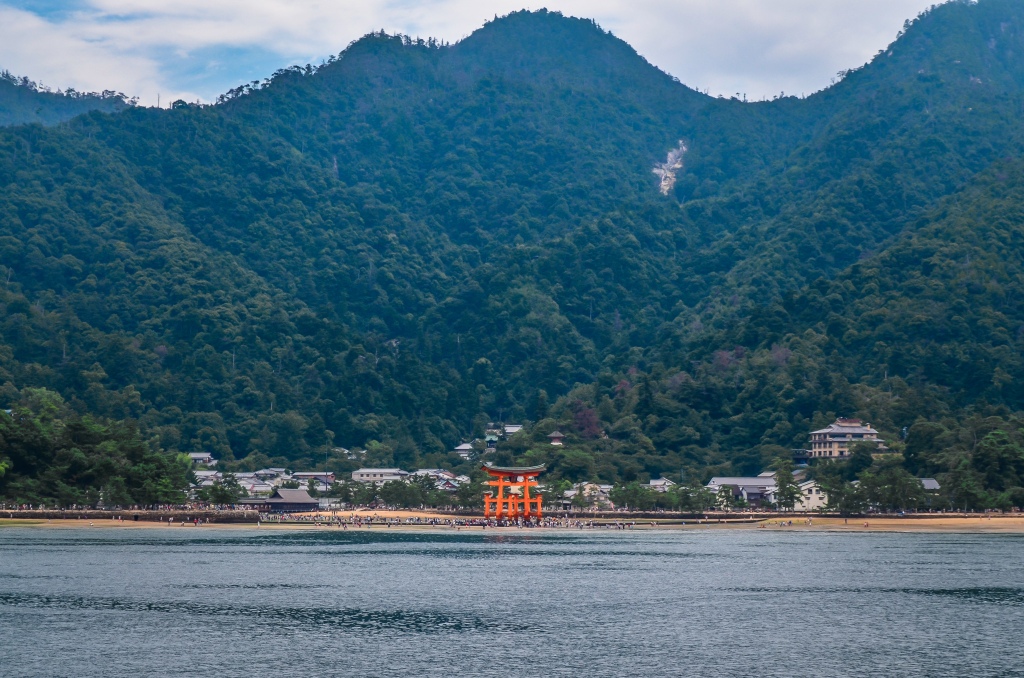 For more information on the history of Itsukushima Shrine and how to get there, visit japan-guide.com.