President Bill Clinton once remarked that North and South Korea’s Demilitarized Zone, or DMZ, is “the scariest place on earth”.  He had made that remark before setting foot in the DMZ in 1993.  And to anyone who has visited the DMZ, it shows.  The DMZ has become a full-fledged tourist attraction, a clever way to attract tourism and exploit South Korea’s unique history for maximum financial benefit (the North has tours as well).  The only thing scary about the DMZ is South Korea’s ingenuity in making the most heavily fortified military demarcation line in the world a tourist attraction at all.

Of course, one shouldn’t be too cynical about the DMZ tour.  It is also an excellent educational opportunity to learn about the smoldering tension that has burned between the North and South since the end of the Korean War.  I went on the USO Tour, which is run by the US military.  Our tour guide gave an excellent presentation and provided the group with very informative factoids about every place and thing we saw that day.  There is also a DMZ museum that provides additional information and props related to the DMZ’s history.  Given this, the DMZ tour does offer more than a bizarre day-trip in Korea.

The best part of the trip was seeing Panmunjom, where the North, South, and other parties signed the Armistice Agreement in 1953.  The table in the room sits between both countries and the microphones (which are always on) in the middle of the table form the demarcation line between the countries.  Hence, one can simultaneously stand in both the North and South.  The Third Infiltration Tunnel was also interesting, if only to see how deep the North was willing to dig to create an infiltration route under the land-mined laced grounds above them.

Overall, don’t miss this day trip if you visit Korea.  Of all the places and sites I have seen so far in Korea, it is certainly the most memorable.  And, if you are lucky, the North Korean soldiers on the other side of DMZ may do something interesting when you visit that will provide you with some interesting photos and memories to talk about.

Tip: Most worthwhile tours go to Panmunjom, the 3rd Infiltration Tunnel, the Dorasan Observatory, a DMZ museum, and Dorasan Train Station, which was built to as the last station from the South to the North.  Check to see if your tour goes to all these places.  Some tours do not and that can result in a great deal of disappointment. 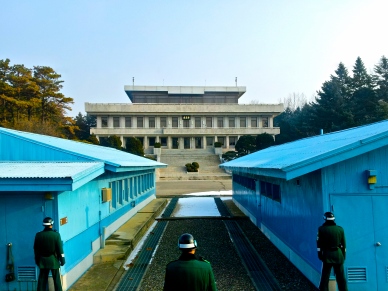 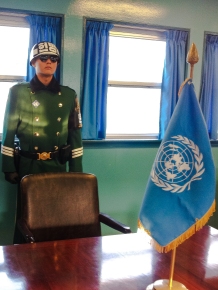 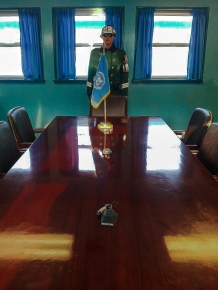 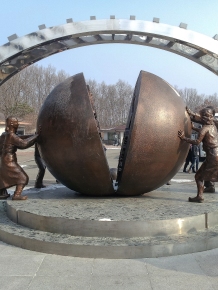 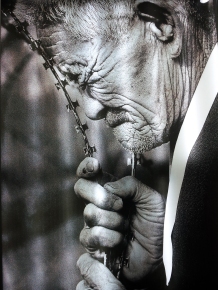 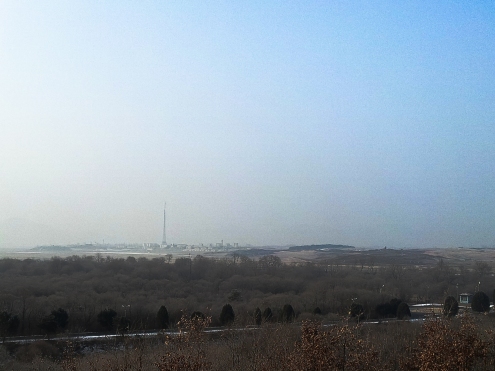 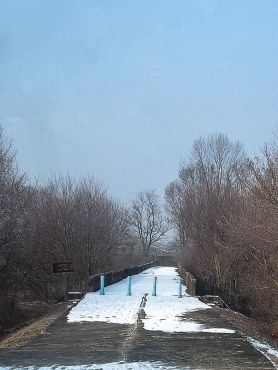 The Bridge of No Return 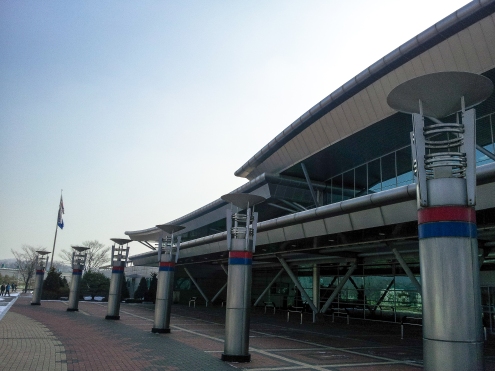 The roof tops were made to symbolize two hands… 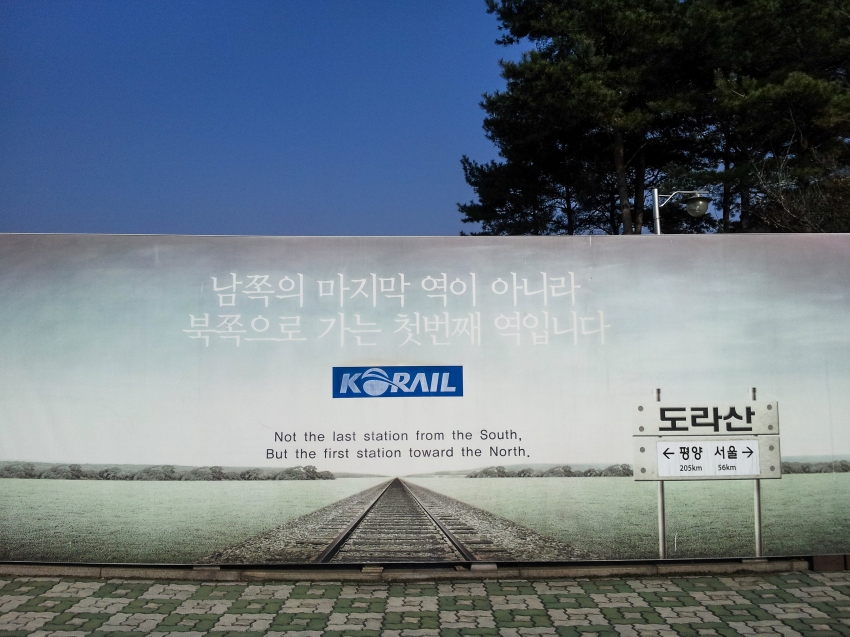 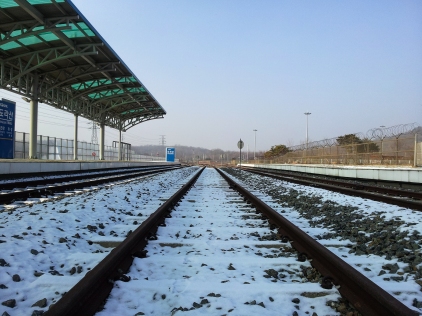 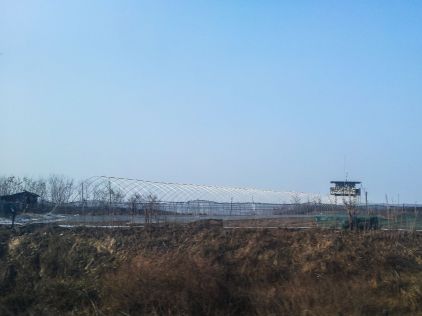 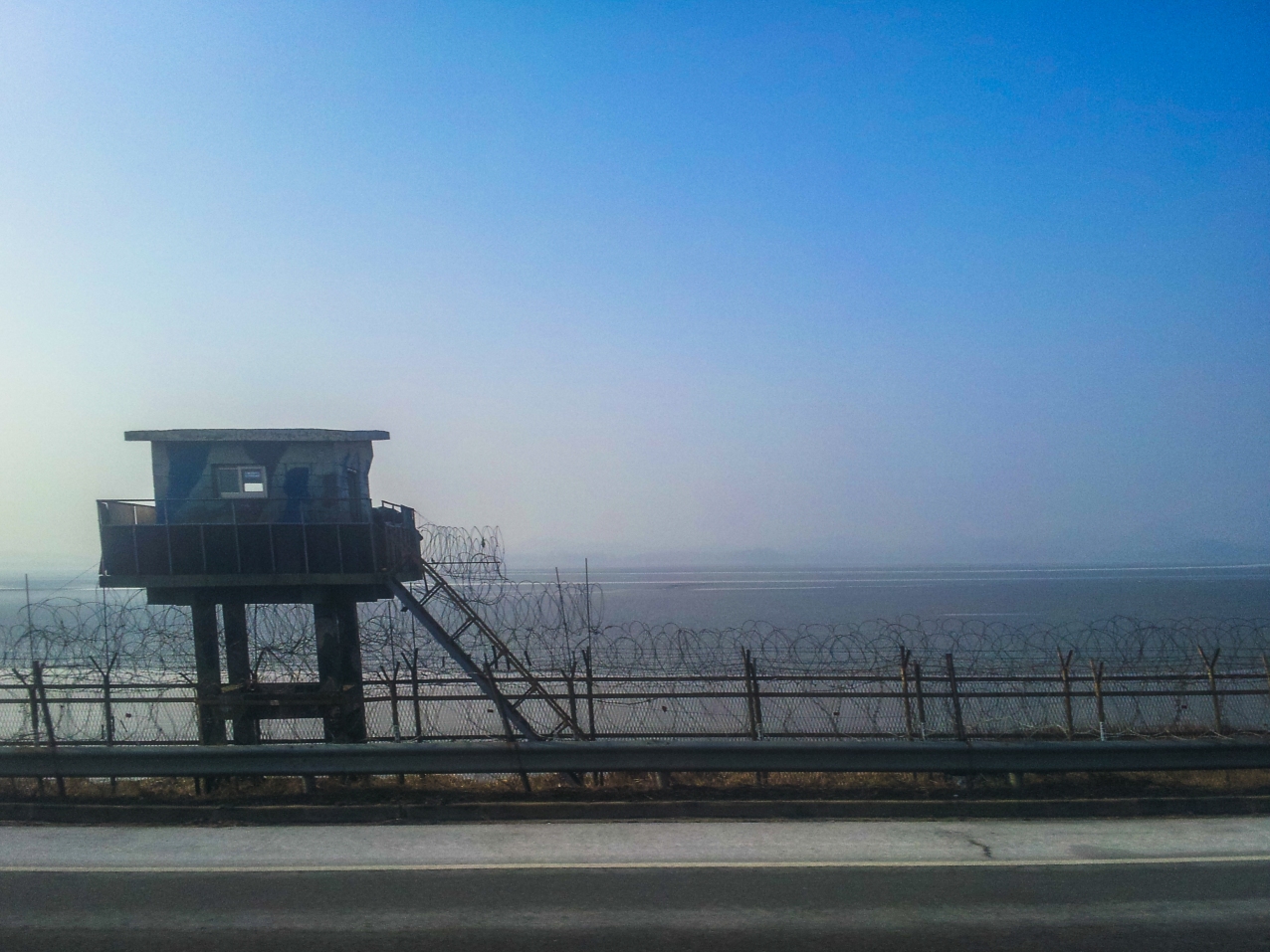